BLOUNTVILLE, Tenn. (WCYB) — According to the Department of Justice, human trafficking is the second most profitable criminal activity in the United States.

On World Day Against Trafficking, travelers in and out of the Tri-Cities Airport on Friday couldn’t help but notice chalk art and red sand. The Sullivan County Health Department and Tri-Cities Airport teamed up in an effort to raise awareness. 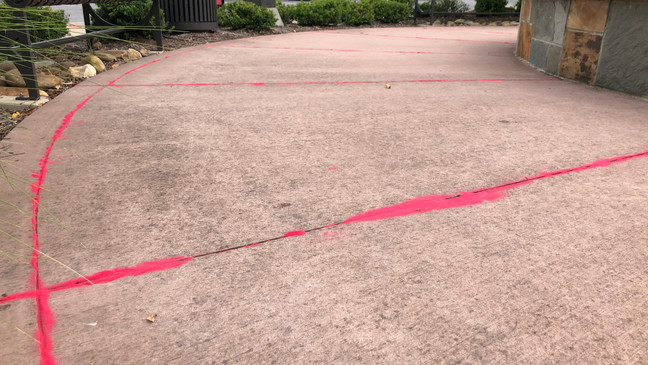 “It represents those who fall through the cracks in our society,” says Rachel Dean from the Sullivan County Health Department.

According to the Tennessee Bureau of Investigation, many traffickers operate independently and know their victims prior to abuse. They say 43% of trafficking victims have pre-existing relations with their trafficker prior to being exploited.

“We want people to look down, see that bright red sand, and wonder what it is for,” says Dean.

“We got information at different locations about the Red Sand Project, what it is, as well as human trafficking resources where people can learn more.”

Gene Cossey, the Executive Director at the Tri-Cities Airport, says this is an issue the transportation industry deals with around the world.

“We want to make sure that here at Tri-Cities, we’re doing everything we can to to keep those things getting through the greater system,” says Cossey. 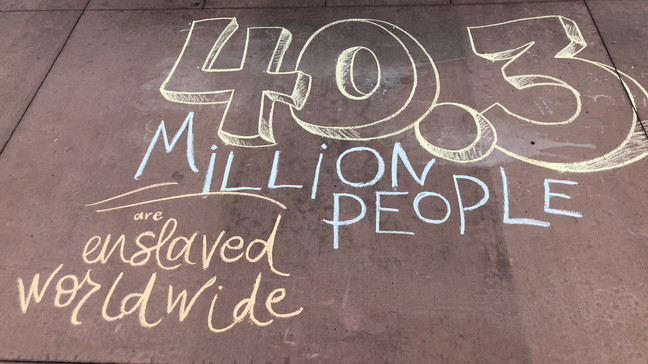 Dean and Cossey both say if you see something suspicious, say something.

“Maybe there’s someone that looks like they don’t want to be traveling,” says Dean. “There with an individual who won’t let them speak for themselves. Have visible injuries.”

“If you know something, there’s hotlines to call,” says Cossey. “If you see something that’s awkward, it doesn’t even need to be something you see at the airport.”

To learn more about the Red Sand Project, click here.

This website uses cookies to improve your experience while you navigate through the website. Out of these cookies, the cookies that are categorized as necessary are stored on your browser as they are essential for the working of basic functionalities of the website. We also use third-party cookies that help us analyze and understand how you use this website. These cookies will be stored in your browser only with your consent. You also have the option to opt-out of these cookies. But opting out of some of these cookies may have an effect on your browsing experience.
Necessary Always Enabled
Necessary cookies are absolutely essential for the website to function properly. This category only includes cookies that ensures basic functionalities and security features of the website. These cookies do not store any personal information.
Non-necessary
Any cookies that may not be particularly necessary for the website to function and is used specifically to collect user personal data via analytics, ads, other embedded contents are termed as non-necessary cookies. It is mandatory to procure user consent prior to running these cookies on your website.
SAVE & ACCEPT